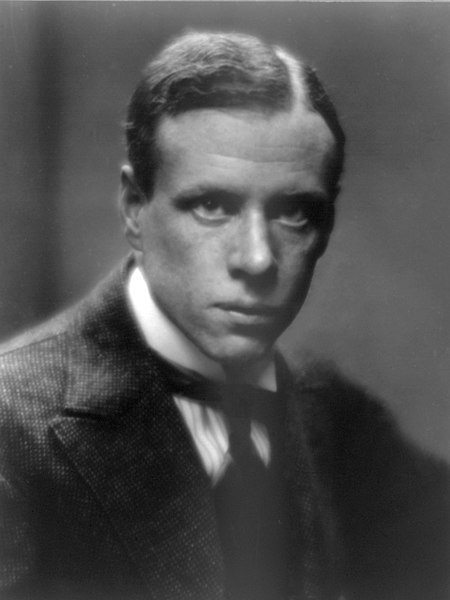 Reading the 1925 novel Arrowsmith during the 2020 coronavirus pandemic reveals many parallels that can make us wonder if the outcomes of pandemics will forever be determined by the contest between human folly versus rational and organized application of scientific methods, public health principles, and public administration fundamentals. 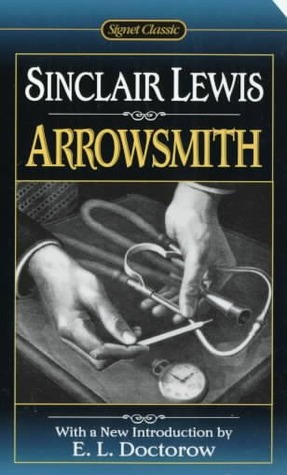 Arrowsmith, a novel written by Sinclair Lewis and first published in 1925, is the story of Martin Arrowsmith from the time he was fourteen years old in 1897 until the time when he required “almost middle-aged glasses” (p. 468). He eventually completes both an undergraduate degree in general studies and a degree in medicine. After stints in private medical practice and municipal public health, Arrowsmith’s interests and successes in research land him a position as a scientist at a prominent, private, research institute. When an epidemic of bubonic plague overwhelms an island in the West Indies during the early 1920s, the institute sends him there to test his promising treatment.

In this part of the story, and in previews from earlier parts, Lewis characterizes the reactions of island government leaders, public health officials, health care providers, and the general public to the epidemic and to the science and research Arrowsmith brings there. Lewis was a satirist, and so his characterizations are those of human folly that confront and hinder the rational and organized efforts needed to abate infectious epidemics. Though the human folly he characterizes concerns a fictional plague ninety-five years before the real 2020 coronavirus pandemic, many parallels between the two can be found.

One way to appreciate the similarities in the human folly of Lewis’ fictional plague and the real coronavirus pandemic in 2020 is to compare statements from U.S. government officials, mostly presidential, during the current pandemic with quotes taken from characters in the book playing roles as health care professionals, public health officials, and government leaders, or from descriptions of their actions. That is what I have done here. I pair the corresponding quotes and place the U.S. governmental statement first and then the applicable quote from the novel second. The sources for U.S. governmental statements are the following:

The version of Arrowsmith serving for the quotes is the following:

Putting Arrowsmith on the West Indies island of St. Hubert during a plague with the intention of conducting a rigorous study of the efficacy of his experimental treatment is a rich context for Lewis’ speculations on human folly. He mines it for reactions to the epidemic itself, research methods proposed, moral choices faced, self interests revealed, and personal and institutional vanities exposed. The same reactions could be mined in the U.S. during 2020 pandemic as becomes apparent in the following pairings:

“And it hit the world. And we’re prepared, and we’re doing a great job with it. And it will go away. Just stay calm. It will go away.” (1)

“Even if it was plague, which is not certain, there’s no reason to cause a row and frighten everybody. It was a sporadic case. There won’t be any more.” (p. 361)

“Looks like by April, you know, in theory, when it gets a little warmer, it miraculously goes away.” (1)

“But everyone knew that the West Indian climate prevented plague.” (p. 363)

“Trump restricts travel from 26 European nations. As with the previous travel bans, there are exceptions for U.S. citizens and others. The restrictions also initially exclude the U.K. and Ireland, though they are later added.” (1)

“They would anchor far out in the harbor; and while the passengers bound for St. Hubert would be permitted to go ashore, in the port-doctor’s launch, no one from St. Hubert would be allowed to leave—nothing from that pest-hole would touch the steamer except the official mail, which the ship’s surgeon would disinfect.” (p. 379)

“My administration is recommending that all Americans, including the young and healthy, work to engage in schooling from home when possible. Avoid gathering in groups of more than 10 people. Avoid discretionary travel. And avoid eating and drinking at bars, restaurants and public food courts. If everyone makes … these critical changes and sacrifices now, we will rally together as one nation and we will defeat the virus.” (1)

“And it’s been conveyed to me that if we were to establish a quarantine, the merchants would take the strongest measures against the administration. It would ruin the tours and export business.” (pp. 363-364)

“The sacrifices we make over the next four weeks will have countless American lives saved. We’re going to save a lot of American lives.” (1)

“He had seen the suffering of the plague and he had (though he still resisted) been tempted to forget experimentation, to give up the possible saving of millions for the immediate saving of thousands.” (p. 392)

“He had had to fight the merchants controlling the House of Assembly, who had howled that a quarantine would ruin them, and who now refused to give him complete power and tried to manage the epidemic with a Board of Health, which was somewhat worse than navigating a ship during a typhoon by means of a committee.” (pp. 388-389)

“We’re letting people go to their jobs — they have to do it, he says. “Between drug abuse, suicide — there’s no great win one way or the other.” (2)

“…and through the island galloped the Panic, which is more murderous than its brother, the Plague.” (p. 363)

“HYDROXYCHLOROQUINE & AZITHROMYCIN, taken together, have a real chance to be one of the biggest game changers in the history of medicine.” (3)

“This new quinine stuff may prove pretty good. We’ll plug along on it for two or three years, and maybe we’ll get something permanent—and probably we’ll fail!” (p. 471)

“They wanted to study further the exact mechanism of the action of their quinine derivatives…and their first labor was to discover whether their original compound was effective against this bacillus as well as against pneumococcus. Profanely they found that it was not; profanely and patiently they trudged into an infinitely complicated search for a compound that should be.” (pp. 466-467)

“Under the Institute’s seal, Martin’s original report to the Trustees, with such quaint revisions as a change of ‘the results should have analysis’ to ‘while statistical analysis would seem desirable,’ it is evident that this new treatment has accomplished all the had been hoped.” (p. 424)

Lewis previews some of the folly that can occur during an epidemic when he puts Arrowsmith in the role of a public health official in a medium-size city. Arrowsmith was concerned about the risk for epidemics there based on several observations he made and research he conducted. He encountered reactions to protective measures he recommended that also correspond to reactions seen to recommendations for protective measures in the U.S. during the 2020 coronavirus pandemic, as shown in the following pairing:

“It’s going to be, really, a voluntary thing. You can do it. You don’t have to do it. I’m choosing not to do it, but some people may want to do it, and that’s OK. It may be good. Probably will. They’re making a recommendation. It’s only a recommendation.” (1)

“When Martin sought to show that they [in government service] certainly knew very little about the superiority of fresh air to warmth in schools, danger of alcohol, about the value of face-masks in influenza epidemics, about most things they tub-thumped in their campaigns, Pickerbaugh [public health chief] merely became angry.” (p. 237).

Lewis offers another preview in his placement of Arrowsmith in a small medical practice, and where he urges local farmers to take measures to protect against tuberculosis. The farmers cited their rights in responding to Arrowsmiths’ recommendations for protection, which also corresponds to responses in the U.S. amid the 2020 pandemic, as shown in this pairing:

“This was infuriating, because none of their rights as American citizens was better established, or more often used, than the privilege of being ill. They fumed, “Who does he think he is? We call him in for doctoring, not for bossing.” (p. 178)

Through this novel, Lewis speculates about what the responses to life-threatening infectious epidemics would look like in the 1920s, mostly based on the experience he creates for an island in the West Indies overwhelmed by the bubonic plague. He sees that the responses would come from a host of constituencies and interests, including scientists, public health officials, government leaders, health care providers, and the general public among others. He sees that many of the responses would be uninformed, irrational, dangerous, or only serve institutional or personal interests. Comparisons of these responses to those seen during the 2020 coronavirus pandemic in the U.S. give credibility to Lewis’ speculations. Sound public administration directed at serious infectious epidemics will thus need to anticipate and overcome irrational and dangerous responses, otherwise the results will be what comes of human folly.

Lewis had help with the biology of bacteriophages and the epidemiology of epidemics from the noted bacteriologist of the time, Dr. Paul DeKruif.