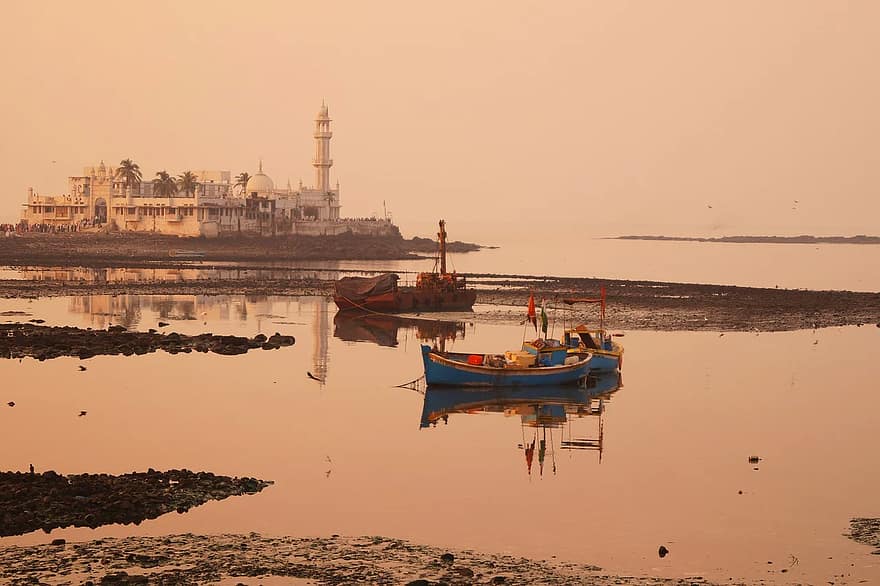 Dr. Shankar is a medical educator with a keen interest in the health humanities who has facilitated seminars in Nepal, Aruba, Saint Lucia and India. He is a researcher, creative writer, traveler and photographer.

May evenings in Mumbai, India are hot and sticky. You are always drenched in sweat and the wet heat is decidedly uncomfortable. Ceiling fans make ineffectual attempts to dissipate the enervating heat. On a mid-May evening my brother broke the news in the part-serious, part casual way he has of breaking bad news. “There is a message in the building society Whatsapp group. A bank employee in A building has tested positive for corona.”

Two three-story buildings located in a thirty meter by forty-meter compound constitute our cooperative housing society, a semi-formal organization regarded as the smallest unit of governance in the city of Mumbai. All apartment owners in the building are members, and the society elects a chairman and a secretary every two years. Our society was formed way back in the mid-1970s. A group of employees of a public sector bank got together to purchase land and construct the buildings. My father, a bank employee was one of the founding members. Over the ensuing decades, many original owners sold their flats to others and left. My father died in 2012, and many other uncles and aunts with whom we had grown up have expired during the last decade.

Coronavirus disease -19 (COVID-19) cases were rising fast in Mumbai in mid-May. Many persons in our building worked in the bank and continued to go to work during the lock down. Banks were classified as essential services. Employees were at risk of being infected, and in early May we had a close call. A person working in one of the bank offices had tested positive for COVID-19. The team from the Brihanmumbai municipal corporation (BMC), the local government body, visited our buildings as part of contact tracing efforts. Two persons residing in B building (where we stayed) worked in the same office, and they were put under home quarantine. One of them was our next-door neighbor. Luckily, they turned out to be negative for COVID-19.

The person who tested positive lived in a rented apartment with his elderly mother. Our interaction with him was limited. He was transported to a quarantine facility in an ambulance. I was scared as I was well aware of the BMC procedure of dealing with a positive case in a building. If there was only one case usually the building was sealed for 14 days. If there were a large number of cases the area was declared as a ‘containment zone’. In May the Indian federal government and the state governments adopted a system of color coding districts according to the number of cases of COVID-19 detected. The challenge for the country was how to prevent the spread of the disease while at the same time allowing economic activities to continue. Red zones had a greater number of cases and more restrictions while green zones had negligible cases and enjoyed more relaxations. Orange was in between. Mumbai city was the epicenter of the pandemic in India and was always in the red zone. In April, a building on our road was sealed when a case was detected. There was a twenty-four police presence at the gate, and no one was allowed to go in or out. Essential commodities were delivered at the gate and only persons with a medical emergency could leave the premises.

With the rising caseload the resources of the local government were stretched, and they changed the rules for buildings with one or two cases. These buildings were still sealed but a police presence was absent. The onus for enforcing the restrictions was now on the society and the secretary was the person responsible. BMC was concentrating its efforts on the slums with their extremely high population density, poorer standard of housing and sanitation facilities. Regular fever clinics were being conducted and high-risk individuals were being tested. Technology in the form of drones and surveillance cameras were used to monitor these zones.

The morning after the person tested positive was a crucial one for us. I went to the chemist to get a three-week supply of medicines for my mother as running out was an ever-present danger. My brother went shopping for groceries. We had known the chemist for over three decades, and he was willing to supply medicines to the building gate. A number of delivery agencies were available to supply essentials, and we could collect the items from the gate. E-commerce and e-payment platforms had developed rapidly in India and contactless payment and delivery were now possible. The essentials of life, electricity, internet, and water were without problems and functioned without interruption during the critical period.

Our elderly mother was staying with us. She had suffered a massive pulmonary embolism in 2015 and a brain hemorrhage and had right-sided weakness as a consequence. She had difficulty speaking and walking. Keeping her safe during the pandemic was our priority. The apartment was big by the standards of space-starved Mumbai but small by international standards. My brother and sister-in-law were working from home. My nephew and niece had online classes for a couple of hours and spend most of the day running around the apartment. We were confined to the apartment throughout the day. Before the building was sealed, we could go out shopping for groceries and medicines. Masks were mandatory when going out. The society secretary allowed individuals to exercise in the compound provided they followed social distancing norms and wore face masks. Not many individuals availed of the offer and most stayed indoors. The fear in the air was palpable. We were concerned about the elderly mother of the COVID-19 patient but luckily, she remained healthy. The patient also did not develop any complications and had an uneventful course.

Internet enabled us to function at a certain level during the lock down and the seal down. Two decades ago, things would have been very different. Mobile connectivity was also extremely useful. We stayed within our apartment and building compound for two weeks, sealed down. ‘Stay home, stay safe’ is the slogan adopted to counter the pandemic. However, in crowded Mumbai, safety was a relative concept. You were safer inside your home, but absolute safety could not be guaranteed. Local trains and the subway, the lifeline of the city, were closed. Taxis and autos were off the road. The streets were mostly deserted. I had never seen the city so quiet and lifeless. The red buses of the local transport authority continued their hourly routes. There was a sign in front of the building gate reminding passers-by of the COVID positive status. The sign warned people outside not to come in, and the people inside had to stay sealed in.

The patient came home after twelve days and he had no further problems. Luckily, no one in our society developed any symptoms of COVID-19. After two weeks the sign outside the gate was removed. We all breathed a collective sigh of relief. We could now go out for necessities. Greater amount of freedom is always a wonderful thing, yet I was left wondering about what a post-COVID world will look like. Will we return to the freedoms and opportunities we had taken for granted? If you had asked most persons about their forecast for 2020 last year, I am sure no one would have thought of the corona virus and the global shutdown. With climate change and a warmer planet, pandemics may be more frequent, and I wonder whether the effect of pandemics is something we will have to factor in when we plan for future events. Wendell Phillips, the American abolitionist, advocate for native Americans, orator and attorney had written, “Eternal vigilance is the price of liberty.” In an uncertain future world, eternal vigilance may well be the price of health.