Skip to content
New Articles
Interview with Carla Joinson, author of Vanished in Hiawatha: The Story of the Canton Asylum for Insane Indians.
Interview with Jim LeBrecht, co-director of Crip Camp
Program DevelopmentTeaching 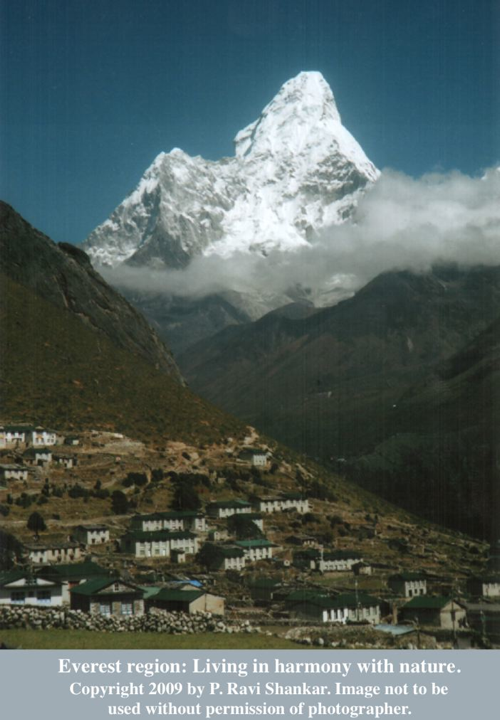 The voluntary module at Pokhara

Interest about the module was created through interactions at individual and group level with students and through posters and notices put up on the notice boards and prominent places on campus. (3) Students were invited to ‘try out’ the module for one or two sessions. If they found the module interesting they could continue– otherwise they could opt out.

The sessions for the third semester students were conducted during the afternoon lunch break. Each session was of 30 minutes duration. The number of students was small, not more than eight and they were highly motivated. Due to various problems sometimes students could not attend the sessions. I decided to be flexible over attendance. The module used small group, activity based learning strategies. Literature and art excerpts, case scenarios and role plays were used to explore the subject. The students were particularly interested in using role plays to explore various scenarios.

Creating a sense of belonging among the group of students was important. On occasions I distributed ‘Thank You’ notes to the students which had a photograph of a particular location in Nepal, very scenic country. Periodic assessments of the participants were carried out by the facilitator and constructive suggestions for improvement provided where required. We had a get together over tea and snacks at the end of the module. Group photographs were taken and the students were given a letter signed by the Dean of the institution and myself stating the various skills they had acquired during the module, as well as a certificate of module completion. The specific skills acquired were an appreciation of the patient perspective on sickness and health, awareness of the effect of sickness of a loved one on the caregiver, ability to break bad news gently and humanely, understanding of the patient-doctor relationship and recent developments on this topic, knowledge of the process of obtaining informed consent from the patient/patient’s legal representative, and knowledge of the complex issues underlying abortion among others. Students were informed that they and their seniors on the clinical side were the first MH students in Nepal and their inputs and feedback would be useful for conducting future modules.

Sessions for clinical students at Pokhara

The sessions for the fifth and sixth semester students were held two days a week after 7.30 pm. Extra sessions were conducted when required. My colleague, Mr. P. Subish was kind enough to offer the meeting hall of the Drug Information Center (DIC) for holding the sessions. The place was comfortable and quiet and offered a relaxed and protected environment for the participants. The participants were interested in using role plays to explore issues in MH. They were also interested in using debates to explore controversial topics. The inputs and knowledge of the faculty participants was useful. Tea was served during the sessions. The discussions were free and frank and the teacher-student relationship was friendly. With the passage of time, the sessions became an intellectually stimulating get together of friends and colleagues. We had fun while learning!

‘Thank you’ notes and regular constructive feedback were provided to the participants. The participants also assessed the facilitator periodically. The sessions were conducted using a small group format. All the participants were staying on campus or nearby and the sessions could go on till late at night (around 10 pm). Pokhara is a small city and shuts down early except at the tourist hub of Lakeside. Though the module was not included in the formal curriculum and had no marks allotted to it in the examinations, the participants were beginning to understand the importance of the subject for their future practice.

Students who participated had an understanding of what sickness meant to the sick person and his/her family. They were able to consider sickness in the context of social, economic, cultural and family background of the sick person. In the hospital they witnessed the process of obtaining consent for various procedures and as they had already designed an informed consent form and discussed various aspects of the process of obtaining informed consent they were better able to understand and appreciate the importance of the procedure. During their Psychiatry posting they were more comfortable dealing with mentally ill persons and obtaining a psychiatric history. They had developed a historical background regarding improvements in the management of the mentally ill in Western countries and strongly felt the management of the mentally ill in health institutions and in Nepalese society as a whole should improve.

In Nepal for a long time abortion was illegal except in certain circumstances. Recently abortion has been legalized and women occasionally visit the Gynecology OPD at Manipal Teaching Hospital seeking abortion. Students who had taken the module were better able to understand various issues underlying abortion and the far reaching psychological effects it can have on the women and their families. Following the module students were more comfortable discussing issues of human sexuality. Nepal is a conservative society and these issues are not generally discussed; there is a great deal of secrecy and embarrassment associated with sexuality. Students who completed the module were able to discuss these aspects during history taking with patients and were able to put the patient at ease about these ‘sensitive’ topics.

Module for faculty members at KISTMC

KIST Medical College (KISTMC) is a new medical school in Lalitpur district of Kathmandu valley, Nepal. The management was interested in further developing humanistic qualities among doctors and faculty members of the institution. An Internal Medicine specialist, Dr. Piryani, was interested in MH and joined me as a co-facilitator. . The experience of the MCOMS module was useful in developing a module. The module was conducted during Sunday afternoons. (Sunday is a working day in Nepal where Saturday is the weekly day off.) The sessions were held in the ‘Doctor’s room’. We used PowerPoint slides to link together various activities and different aspects of the presentation.

I was apprehensive about dealing with faculty participants. The group was very diverse with basic science faculty, physicians, surgeons, dentists and medical and dental officers. Initially the module was conducted in a similar fashion to the pioneering one at MCOMS. However, the faculty members were not comfortable with role plays and felt it was childish. They were uncomfortable openly discussing issues of human sexuality. (4) They wanted the sessions to more closely reflect various issues and problems they encounter in practice. Regular participant feedback was obtained at the end of each session and informal feedback through interaction with participants.

Based on their feedback we decided to change the nature of the sessions. The number of role plays was reduced and group work and presentations were used to explore MH. During the session on ‘Dealing with the HIV-positive patient’ an example of group work given was ‘Should HIV-testing be made mandatory before surgery in KIST Medical College? Should other patients in the ward be told that a particular patient is HIV-positive? Should commercial sex workers be registered and HIV testing be made mandatory for Commercial Sex Workers?’

KIST Medical College at the time had just started hospital operations and we wanted to obtain guidelines and standard operating procedures for the hospital also. Certain protocols linked to topics covered during the module were developed for further discussion. The group work and the activities were designed keeping in mind that participants were clinicians and faculty members. Another activity was as follows: ‘An HIV-positive patient has been admitted in KIST Medical College. A batch of first year students has come to your unit for their weekly clinical posting. Chalk out a plan of action regarding how you will use the patient to teach students about dealing with the HIV-positive’. The presentations were about various procedures and mnemonics developed for ‘Breaking bad news’ and their applicability in Nepal, the effect of modern psychiatric medicines on the management of the mentally ill, and the effect of the prolonged conflict in Nepal on access to health facilities among others. Presentations were on medical humanities topics of importance in daily practice.

The literature excerpts were felt to be difficult by the participants and were discontinued. Each session concluded with a summing up by the facilitators regarding why the particular topic was important to practicing clinicians and medical educators.

Module for students at KISTMC

The author gave a presentation about MH to various faculty members (especially new members) and the college management. A case was made for teaching MH to medical students. The management was supportive and a MH module was started for the undergraduate MBBS students of the institution in February 2009. The module was planned using the experience gained at MCOMS and at KISTMC. Valuable inputs were offered by international experts like Dr. Johanna Shapiro and Dr. Huw Morgan. Dr. Morgan was a cofacilitator for certain sessions.

The module is held every Wednesday from 8 am to 9.30 am. A big room at the top floor of the hospital is used for the sessions. The room gives us the flexibility to arrange seating according to our requirements. Mikes and speakers and a central area for conducting role plays are present. Flip charts and the LCD projector are used. The students are divided into various groups. Considering previous feedback literature excerpts are not used. To explore MH, paintings–which do not have the cultural and linguistic barriers associated with literature–are used, as well as group work, case scenarios, and debates.

The module is activity-based and all 75 first year students attend. Considering the large student number and the need to develop new facilitators for this and future modules, six clinical and basic science faculty members were selected as cofacilitators. Various innovations have been carried out during the module to maintain participant interest. Music I feel is a powerful means for exploring MH so songs and music are part of the session these days. We have devised an activity where the student group sign a song or recite a poem about a scene depicted in a painting. The facilitators often join in! Most sessions have an ‘Open Space’ (Khula Manch in Nepali) were the participants recite poems and sing songs on various topics.