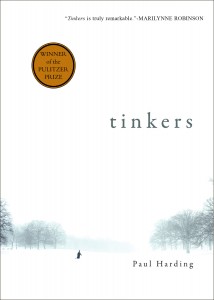 Editor’s Note: I met Rachel Hammer, a third year medical student and MFA candidate at the Mayo Clinic, last month at the American Society of Bioethics and Humanism conference in Minneapolis where she presented a poster about a student poetry group. When I mentioned that I worked at Bellevue, she told me about a recent meeting at the medical school where the novel, Tinkers, was discussed in a narrative medicine group. Tinkers, as many of you know, was published by the Bellevue Literary Press and received a Pulitzer Prize for fiction. I asked Rachel if she would write about the group and its discussion of Tinkers. 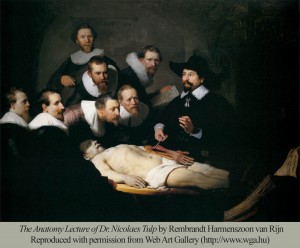 The Mayo Clinic College of Medicine’s Narrative Medicine group started in response to an ornament in Evelyn Waugh’s Brideshead Revisited. A skull sits in a bowl of roses in the dorm room of Waugh’s protagonist, Charles Ryder, in a section entitled, “Et En Arcadia Ego.” Arcadia, legend has it, is the field described by Pliny the Elder where a shepherd wet his finger with spit and traced his friend’s shadow against a tomb-the first painting-suggesting whilst setting the precedent that art is inspired when humans face their mortality. Art, thus, is humankind’s response to death.

After hours in the medical school anatomy lab in the first year, we had stared at skulls and the dead long enough to stir substantial need for creative expression. A group of us began to meet to read poetry and excerpts from novels. I had read Rita Charon’s Narrative Medicine, and visited the Masters Program at Columbia, where I learned some basic exercises in “attention, representation, and affiliation” and so I offered to facilitate the sessions. We are graciously funded by the Walt Wilson Art in Medicine grant. Our group meets for lunch once a month and is open to all medical students. Students sign up to attend, and we cap the group at twenty members. I choose the excerpts, usually something I come across in my MFA coursework.

For the October meeting I chose to read from Tinkers by Paul Harding, a work that I thought would resonate with first year students going through the emotional and physically arduous anatomy block. The excerpt (pages 178-184), was the touchstone for a discussion on experiences of cognitive dissonance when bearing witness to humanity out of context, such as the discomfort one may experience in dissecting a cadaver.

Tinkers is broken into segments with alternating narrators, Howard, the father, and George, his son, each tell the stories of their lives, with modest overlap. Real time in the book works backward, counting down the last days of George’s life; time within memories works forward. Father and son as co-protagonists are like two gears, intimately related and yet spinning with force and purpose all their own.

In the excerpt, George, near death, loses consciousness in the living room where he lay in his bed surrounded by family. As always in our Narrative Medicine group practice, we read the passage to ourselves, closely, deliberately. Then we read the passage again, together, aloud. We then discuss what we recognize, what surprises us, and what it means to us, today, as we chance to encounter it.

We were struck by the language of natural elements Harding used to describe the dying bodies: Salt, wood, minerals, legs like planks, feet like lead weights, salt-cured, metal strengthened, dried veins, strong as iron chains, exhausted engine, bushings. Someone remarked that in other settings, when humans are described reductively in terms of their elemental components, their inner workings likened to the machinery of a clock, we are repulsed. How dare we consider humans as mere material! But in the space of death, written with the reverence of a poet, George returning to mere material is a beautiful, honorable fate. Recognizing that George spent his life as a clockmaker-that there was nothing for which he had more passion than clocks-his, then, is a righteous transfiguration indeed; that in death, he would morph to resemble the very thing he most loved in life, the wood, the chains, the lead weights, the bushings of a clock.

One student linked the end of the passage (p.184) to themes of TS Eliot (The Four Quartets was a previous reading in this group). She recognized the confusion of time in the space of death and grief-“imagining was as it is still approaching”-as a collision of past and future. Sharing our fears of death for ourselves, worry of bodily pain, we saw in ourselves the family Harding describes hovering around George:

(…”that they mourn because of the inevitability of the was and apply their own wases to the it [dead body], which is so nearly was that it will not or simply cannot any longer accept their human grief) as its broken springs wound down or its lead weights lowered for the last, irreparable time.”

We discussed the extent to which our efforts in palliation and comfort are more for the provider than the patient. How some things are irreparable, and how seldom we can admit this to ourselves.

Since this passage was intended for the reflection of the first year students, as they loom over their assigned dead bodies like belated Fates, I asked them to reflect on the language in this passage while contemplating what it means to be dead, and what it means to encounter the dead. As you pick away at the crust of another human, now lifeless, out of context, consider the story that lies beneath. Our bodies, universes unto themselves, are, in fact, neither simple nor always logical, but ever so elegant.