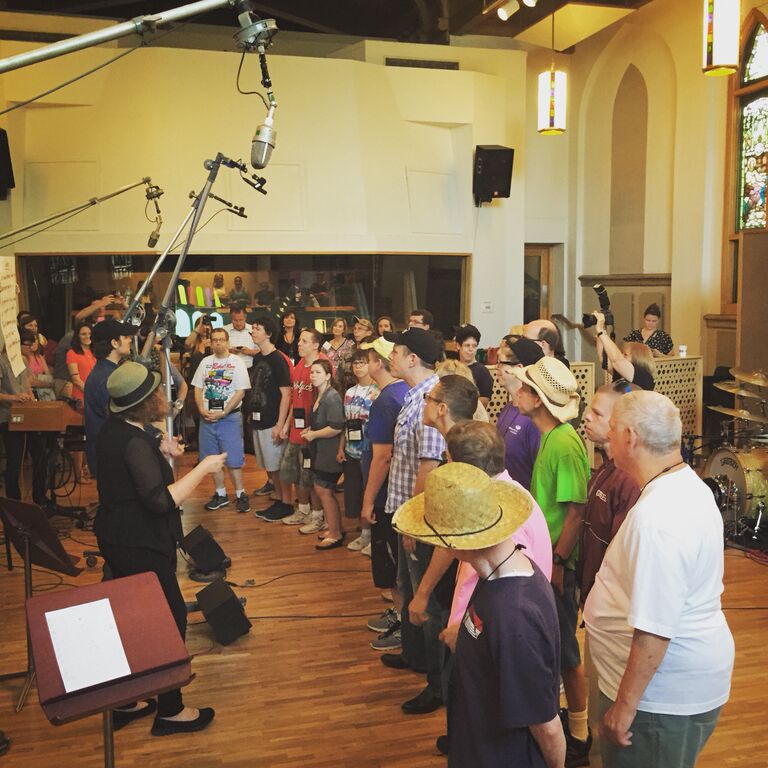 Jess Libow is currently a summer intern at the Bellevue Literary Review. She is a rising senior English major at Haverford College interested in disability studies. 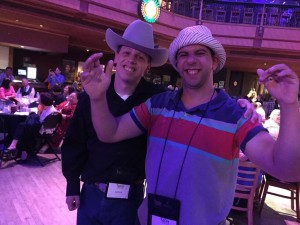 All photos courtesy of camp staff

Looking out over the dance floor at Nashville’s Wildhorse Saloon as other members of our group line danced with the crowd below, Mark told me “It’s good for us to get out into the community so that people know we exist.” As a counselor this past June at Lifting Lives Music Camp at Vanderbilt University, run by the Academy of Country Music, I lived in a dorm with Mark, who is 51, and seven other men with Williams Syndrome. After this experience, I couldn’t agree with him more.

Lifting Lives is a weeklong musical experience for people ages 16 and older with Williams Syndrome. Over the course of the week, campers from all over the country come together to write a song with renowned Nashville songwriters and, after much rehearsal, record and perform their original work at the historic Grand Ole Opry. 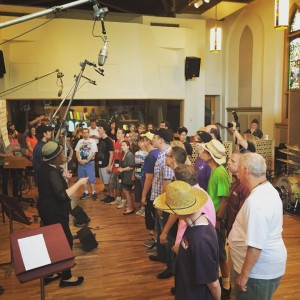 While performing a song written only a few days earlier at the Opry might be intimidating to most, many people with Williams Syndrome thrive in this sort of setting. Williams Syndrome (WS) is a congenital neurodevelopmental disorder caused by the deletion of 26 genes on chromosome 7. WS is an extremely rare condition: the NIH estimates it occurs in 1 in 7,500 to 10,000 live births. In addition to mild to moderate intellectual disability and a range of medical issues, including cardiac conditions, people with WS are likely to have a number of distinct social qualities. Studies have shown, for instance, that people with WS have a strong predilection for music. People with WS also tend to have remarkably little social inhibition; they are eager to meet and please others and are deeply attuned to the emotional states of those around them. Their profound desire to connect lends itself easily to musical performance – people with WS are natural storytellers.

As an English major interested in disability studies, I was drawn to Lifting Lives because I saw it as an opportunity to witness people with disabilities telling their stories through songwriting. This year, the campers wrote a song with Ross Copperman and Heather Morgan titled “Wherever You Go.” It’s an uplifting song about aspirations and supporting one another. The most notable part of the song is the bridge, which is both universal and incredibly specific to people with WS. “Thunder roars and the rain might fall,” the song goes, “but together we’re unstoppable.” This brief moment in the song addresses two significant characteristics of WS. People with WS have extremely high levels of anxiety, particularly about events beyond their control. Thunderstorms are a common stressor for a number of the Lifting Lives campers, and were a constant topic of discussion throughout the week. Because of the extent to which the “roar” of thunder produces anxiety in people with WS, when the campers sing this line many of them are essentially referring to their highest possible level of emotional discomfort – it is both a metaphor and a reality. The second half of the line, “but together we’re unstoppable,” speaks directly to the value people with WS place on human connection. The lyrics suggest that through interdependence, the campers are able to to withstand anxieties and other obstacles. This celebration of community support not only resonates personally with the campers, but is applicable across differences and abilities. 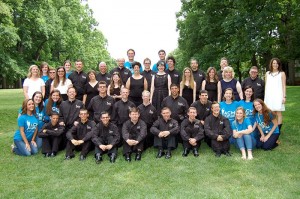 Songwriting and singing provide a creative and exciting way for the campers to tell their stories. David, for example, told me that he’d “always wanted to write a book about Williams Syndrome,” but after a songwriting workshop with songwriter Odie Blackmon, “might have to change it up. There should be a song about this!” Like David, however, many of the campers have a propensity for self-representation off-stage as well.

I was struck by the ease with which campers would share stories from their past and especially intrigued by how many of their stories had to do with Williams Syndrome directly. The ever-enthusiastic Gary told me over dinner that he once encountered two nurses in the ER who’d “never met anybody who had Williams Syndrome! And they said what in the world is that? And I said to look it up, ‘cause it’s a really cool thing to know about!” Trevor, who works with People First, a disability advocacy organization in his home state of Washington, added that “people judge us sometimes, but they just don’t know. We’re friendly.”

Their stories weren’t always so straightforward. Some of the campers readily used simile to represent their experiences. For instance, while waiting at the gate to board his flight home, Trevor told me how he felt about my accompanying him. “It’s like Barack Obama,” he explained, “he’s the most powerful man in the world, but the legislative branch still sometimes helps him. So you’re helping me right now.” For Trevor, having a counselor wait with him at the airport wasn’t insulting; it was merely part of a system of interdependence not unlike one of checks and balances. Similarly, Mark, who loves doing impressions, drew on his love of old movies to teach me about his past. “I identified with Frankenstein’s monster when I was younger,” he shared after an impromptu impression of the character, “the neighbors weren’t very nice to me because I had this disability. But I found a way and I made friends.”

It’s hard not to wonder what drives this impulse to self-narrate. When does the desire to share one’s story stop being a symptom and start being political? Does this distinction even matter?

Self-representation is a crucial aspect of disability politics today. As self-advocates, people with disabilities around the world are making sure their voices are heard. As the critical field of disability studies indicates, self-representation is a crucial aspect of advocacy efforts. This kind of political action embraces something that comes naturally to so many people with Williams Syndrome: telling your story. And a lot of the people I met at camp know that this matters. Echoing Mark’s sentiment at the Wildhorse, many of the campers want others to “know [they] exist.” Like David, who wanted to write a book, or maybe a song, about WS. And Kurt, who has a radio show every week. Josh, who told me he plans to write a blog for the Williams Syndrome Association. And Trevor and Dara, who are both self-advocates in their hometowns.

In my experience, people with WS challenge how we think about narrative and storytelling. They force us to reconsider what motivates us to share, to speak up, and to put ourselves and our stories out there. Biology and politics both come into play. It can be tempting to write off someone’s unsolicited story as a symptom of their disability. It can also be tempting to romanticize their efforts to speak up for themselves with an overzealous “good for you” and a pat on the back. But at the end of the day, there’s something powerful about someone sharing their life experience and perspective. The people I met at camp, whose stories I’ve tried to recount here, want to put everything on the table. I think they might be onto something.