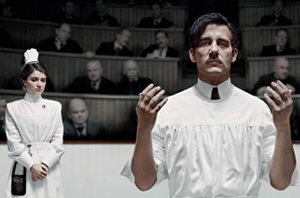 “The More Things Change, The More They Stay The Same” 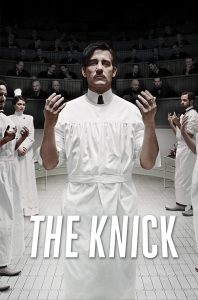 When I first watched The Knick two years ago, it seemed like a show about the past and the rapid pace of medical discoveries in the early days of modern medicine, before antibiotics, when patients were still brought into the hospital on an ambulance pulled by horses. When I watched the fictional Dr. Thackery using electricity for the first time in his operating room, I couldn’t help but sit back smugly and marvel at how far we have come since those early days of modern medicine.

Now, re-watching the first season of The Knick as a first year medical student in NYC, I’ve found myself focusing more on the similarities between medicine at the turn of the 20th century and today than the differences. Part of my excitement is particular to being in NYC. I get a thrill when I recognize street names, or when they mention the hospitals where I am slowly learning how to be a doctor. In a deeper way though, I no longer see the characters in The Knick as distant, historical figures. The problems that they confront are many of the problems we face in our medical culture today: the pervasiveness of racism; the stigma surrounding mental health issues; birth control rights for women; doctors becoming addicted to their own drugs; and even how to pay for the treatment of uninsured patients.

Now when I watch The Knick, I wonder how could it be possible that we are no closer to solving these problems a full century later.

The same racism and disrespect that Dr. Algernon Edwards faces as a black doctor is still present today. Minorities are underrepresented as doctors, and underserved as patients. For example, a study from researchers at the University of Pennsylvania found that African Americans were 34% less likely to be prescribed opioid pain medication for common chronic pain problems than white counterparts with similar problems. Similarly, when Dr. Thackery becomes addicted to cocaine, a drug used as an anesthetic at the turn of the 20th century, it is easy draw parallels to the opioid epidemic that our nation is currently facing.

One of the scenes that struck me most was the opening of the first show. It begins with the suicide of a surgeon after a failed operation. Since entering medical school, I have heard about physician and medical student suicide. Medical training is extremely challenging and stressful. Doctors are no less susceptible to depression than anyone else, even though it sometimes feels like people think they are invincible. Thankfully, these days, many institutions are striving to provide as much support as possible for physicians and students struggling with anxiety and depression. It was no accident that the writers of The Knick chose to begin their show with a scene addressing this.

Of course, we have made a tremendous amount of progress in medicine and society since the time of The Knick. I would never claim that medicine is the same today as it was a century ago. The most obvious plot points in the show demonstrate a stark contrast to our modern healthcare system. Yet, as someone within the medical community, I see The Knick as a call to arms. Medicine has come a long way, but many of the issues in the show are still extremely relevant today. The story of The Knick is not a story of medical history but a story of medical progress, and there is always room to move forward.

Gregory Clark is a member of the NYU School of Medicine Class of 2020.

Links to some of the studies I mention:

Time to Take Stock: A Meta-Analysis and Systematic Review of Analgesic Treatment Disparities for Pain in the United States
>>Read here

Link to the an annotation by J. Russell Teagarden in the The Literature, Arts and Medicine Database (LitMed)
>> Read here