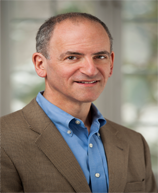 Barron H. Lerner is a professor in the Departments of Medicine and Population Health at New York University Langone Medical Center. Dr. Lerner received his M.D. from Columbia University in 1986 and his Ph.D. in history from the University of Washington in 1996. His book, The Breast Cancer Wars: Hope, Fear and the Pursuit of a Cure in Twentieth-Century America, published by Oxford University Press, received the William H. Welch Medal of the American Association for the History of Medicine and was named a most notable book by the American Library Association. Dr. Lerner has published extensively in scholarly journals and contributes essays to Slate, theatlantic.com and the print and online health pages of the New York Times. He has also appeared on numerous NPR broadcasts, including Fresh Air, All Things Considered and Science Friday. Dr. Lerner's fifth book, The Good Doctor: A Father, a Son and the Evolution of Medical Ethics, was published by Beacon Press in May 2014. In addition to his research, Dr. Lerner practices general internal medicine and teaches medical ethics and the history of medicine.