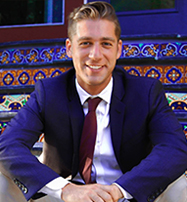 Michael Natter was born and raised on the Upper West Side of Manhattan where he was surrounded by many cultural influences growing up. He was innately drawn toward the visual arts and has been creating art since he could hold a crayon. Diagnosed with type 1 diabetes at age nine, Michael developed a deep appreciation for medical physiology that sparked his interest in medicine. He studied studio art and neuropsychology at Skidmore College and then went on to complete a post baccalaureate pre-medical science program at Columbia University in New York City before heading to Philadelphia where he completed his medical degree at Jefferson Medical College. Natter is currently in his internal medicine residency at NYU Langone Medical Center and plans to pursue a fellowship in Endocrinology. When not in the hospital, Michael continues to draw regularly.  His work has been featured in the Philadelphia Inquirer Newspaper as well as in the Annals of Internal Medicine, amongst other publications. You can find the majority of his work on instagram @mike.natter