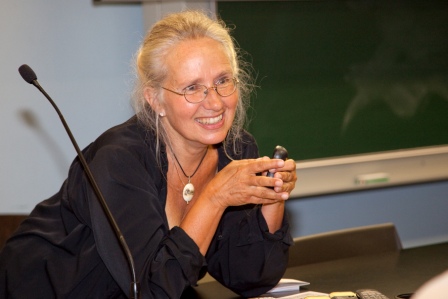 Jacalyn Duffin is a Canadian, a hematologist (Toronto MD, FRCPC), a historian (PhD Sorbonne), mother and grandmother. She has worked as a physician in Quebec, Newfoundland, and several Ontario cities, including Toronto, London, Thunder Bay, and Ottawa before accepting the Hannah Chair in the History of Medicine at Queen's University in 1988. At Queen's until her retirement as Professor Emerita in 2017, she taught graduates and undergraduates in the medical school and in the departments of Philosophy and History, and the Faculty of Law.

Her research focuses on the history of modern medicine, disease concepts, medical technology, and religion. She is the author or editor of eight books: Langstaff, A 19th Century Medical Life (U Toronto P  1993); To See With a Better Eye: A Life of RTH Laennec (Princeton U P 1998); History of Medicine: A Scandalously Short Introduction (U Toronto P 1999, 2nd edition 2010), Lovers and Livers: Disease Concepts in History (U Toronto P 2005); as editor, Clio in the Clinic (Oxford U P 2005); as editor, SARS in Context: Memory, History, Policy (McGill Queens UP 2006); Medical Miracles: Doctors, Saints and Healing in the Modern World (Oxford U P 2009); Medical Saints: Cosmas and Damian in a Postmodern World (Oxford U P 2013); Stanley's Dream, the Medical Expedition to Easter Island, 1964-65 (McGill Queens UP 2019). Her most recent book is COVID-19: A History (McGill-Queens UP, September 2022).

Her research interests are in disease concepts, medical technology, health policy, and religion and medicine. She runs an information website about the generic drug shortage http://www.canadadrugshortage.com and a collaborative translation project of an early modern Latin author. For a CV and more information about her projects visit her website at https://jacalynduffin.ca