Dr. Peter Berczeller is a Clinical Professor of Medicine at the NYU School of Medicine and the author of “Doctors and Patients: What We Feel About You.  His novel ” “Max: It Should Only Be” was published last year.

It is invisible, like the air we breathe. Yet it often pops up like a genie when a doctor meets with a patient. We lightly say ” the result should be back in just a few days,” but that can set off a chain reaction. For us, “just” is the operative word. Time tends to pass quickly when you are covered by that second skin painfully acquired over the years, the one we call emotional distance. But if you’re the patient, time takes on a totally different dimension. The period of a few days tossed off so casually by the doctor can seem interminable to you; the thoughts of possible dire outcomes pushing aside the more mundane flow of everyday consciousness. Worse yet, even a few minutes of uncertainty can lead to the same effect. The tension is rampant in the examining room, before I reassure the patient that the lump he felt at the bottom of his sternum is only the ensiform cartilage, basic equipment we’re born with. There is also the alternative: no letup in the anxious look on a lady’s face, when I confirm to her that the lump she thought she felt in her breast is indeed present. The discovery culminating in even more agonizing waiting; for a mammography appointment, the inevitable biopsy, and then the pathologist’s report. The usual progression of events.

When a doctor turns into a patient — it happens at one time or another to most of us — the concept of time is turned on its head. Suddenly, it slows down to a crawl, like a defective clock. Welcome to the world of impatient patients. Now, we are on the receiving end of the blithe assurances we used to hand out when someone else was doing the waiting.

I recently had occasion to experience this turnabout in fortune at first hand. In the last few years, I’ve had two operations for the removal of an adamantinoma; a slow growing locally aggressive tumor with a predilection for the tibia. A short time ago, a new lytic lesion was noted in the same leg. Despite the strong likelihood that this represented a recurrence of the original pathology, a biopsy was indicated. It took a few days to arrange for the procedure; then ten more days for the reading of the slides, followed by a further delay until the presentation of the results to the tumor conference. 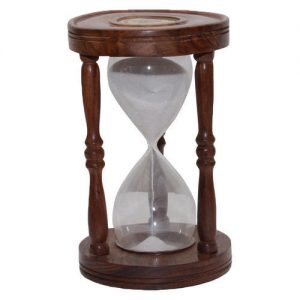 Waiting for possible/probable bad news brings on an endless dialogue between hope and fear. Hope that somehow, salvation is around the corner, coupled with fear of the worst possible outcome. It must come as no surprise that doctors are especially prone to this up and down process. You’d think that our specialized knowledge would offer a more nuanced view of what is at stake, but the opposite is usually the case. Certainly in my own situation, any diagnostic acumen I ever possessed went out the window as soon as I absorbed the news of my tibia’s latest adventure. No question it was a something –not a nothing — such as a benign vestige of my previous operations. The best I could hope for was that my new lesion pointed to the devil that I already knew; a low-grade tumor that rarely ends up killing the individual who harbors it. But what if it was a metastasis from somewhere else? Only masquerading as the growth with which I’d become so familiar that we were now on a first-name basis? Then I’d be off to the races, in the hunt for a devil I didn’t know. A primary which was likely to have a much worse prognosis than the tumor I’d already beaten back twice before.

Enter the aphorism I learned as a trainee, and then used for many years in teaching generations of students and house officers. When you hear hoof beats, think horses, not zebras, is the gist of it. In other words (in another aphorism,) common things happen commonly, and vice-versa. In the light of day, the teaching tool I’d utilised so often, tided me over my self-induced rough spots. When I’d recall, with startling clarity, a litany of the times when medical logic suggested one diagnosis, but it was another, which had never even been in the running while I formulated my differential, which faked me out. So much for the daytime, but there was also a diurnal variation to my ruminations. When I’d wake at night, it was too dark for my thoughts to distinguish whether the ones producing the hoof beats were dressed in stripes or not. Which led me to dire alternatives to the intermittently optimistic notions I’d entertained during waking hours.

Finally, after what seemed like years since the discovery of my lytic lesion — it had instead been, I hesitate to say “only” — fifteen days, door to door, I got my answer. A victory for the rational approach to medicine over magical thinking. My latest lesion represented a recurrence of what I’d had before, and curettage was the treatment of choice. Time to exhale. I hadn’t completely dodged the bullet, but it hadn’t mortally wounded me either. I am ready to make a separate peace with this persistent tumor of mine, especially if it doesn’t come back to haunt me again. Yet what I am not likely to ever forget is the cruelty of elapsed time. From what I have experienced, uncertainty is much more a culprit in the scheme of things than a definitive answer, no matter whether it augurs good or bad. Tweaking our technology to provide these answers as rapidly as possible, and getting our colleagues to understand that allowing a patient’s fears to fester beyond the absolute minimum necessary for accurate diagnosis is a health risk factor in itself.

“I haven’t got time for the waiting game” is how Kurt Weill and Maxwell Anderson put it in their 1930’s show tune, September Song. They were right on the button. I couldn’t agree more.