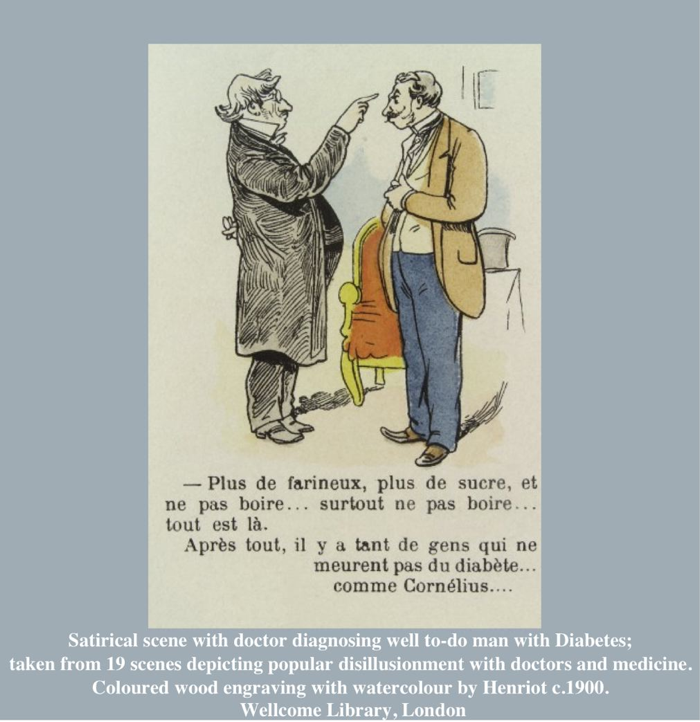 The concept of relationship-centered care (RCC) (1) and the related theory of human interaction designated Complex Responsive Processes of Relating (2) remain exceptionally fruitful ways of thinking about doctors and patients. Relationship-centered care includes attention to the personhood of both doctor and patient, as well as their respective roles; awareness of the importance of emotions in both the patient and the doctor; and recognition of the reciprocity of influences from both doctor and patient (and from the wider healthcare system and society itself) on the relationship itself (1,3,4). RCC challenges the notion of compassionate detachment and instead explores connection and engagement with patients as the most appropriate and moral foundation for relationship.

The theory of Complex Responsive Processes of Relating (2) highlights the nonlinear, reciprocal, and self-organizing nature of human interaction. It specifies that patterns of meaning and relating are co-created continuously throughout the communicative encounter; and that such patterns may repeat themselves, or due to the introduction of “novelty,” may develop spontaneously in new directions. As Suchman writes, “the development of new patterns depends upon the diversity and the responsiveness in the interaction.” (p. S42). In other words, encounters between doctors and patients that allow, even invite, variety and divergence from unprofitable patterns are most likely to evolve into more meaningful and more authentic ways of being in relationship, which ultimately serves patient well-being. This view acknowledges that patients as well as physicians exercise continually shifting power in the encounter; and therefore physicians have limited control in terms of outcomes.

Implications of RCC/CRPR for “noncompliance”

Although RCC and CRPR have implications for all aspects of the patient-doctor encounter, they are especially relevant in situations of perceived patient “noncompliance.” Advances in social science research have helped challenge simplistic conceptualizations of adherence and compliance, in which doctor-patient communication consists of the doctor prescribing medication and the patient taking it. More recently scholars have introduced the term “concordance” to indicate the complex processes that must occur between physicians and patients in order to result in patient cooperation with the prescribed treatment regimen (5). For example, concordance implies an open exchange of ideas, rather than top-down orders, and focuses on both physician and patient values and priorities, rather than on those of the patient alone.

Nevertheless, walking the corridors of a contemporary hospital of clinic, one rarely hears reference to “lack of concordance.” Chart notes still read, “Patient noncompliant with medication,” with all the frustration and patient blame this term has come to imply (6). Neither do we often hear clinicians contemplating the implications of their diabetic patients’ – or their own – emotional responses to their disease for the meaningfulness of future patient encounters; nor the applications of complexity theory to patient compliance. On these significant dimensions of interaction around diabetes care, as in so many other aspects of medical education, the gap between the formal and the hidden curriculum remains pronounced (7). In my comments below I will focus specifically on current attitudes of physicians and students toward the management of diabetic patients; and how the use of a poem can help learners clarify principles of RCC and CRPR that are pertinent to adherence/compliance dilemmas.

The frustrating case of diabetes

In the diabetic patient population, noncompliance is a widespread (and ill-defined) problem, with estimated rates ranging from 30-80%. The inability to “control” the patient, and therefore “control” the patient’s blood sugar, is a source of substantial exasperation, even despair, among physicians. Yet one study (6) found that, despite physicians’ awareness of the complex constellation of psychological and social factors that constitute obstacles to treatment, they routinely failed to address these issues in clinical encounters, relying on directive, one-way communications about numerical monitoring and outcomes. In other words, these physicians persisted in a linear, cause-and-effect, power-down communication model that ignored the complexity, emotionality (in themselves or their patients), spontaneity, and power fluctuations that occur continuously between doctor and patient. In another study of physician attitudes toward poor compliance in patients with diabetes, it appeared that doctors relied primarily on shock, pressure, and the threat of hospitalization to influence patients toward improved compliance, as defined by the physician (8).

Medical students as well can cling to the straightforward, linear models of communication that are often mistaken for patient education in the management of diabetes. Their focus (understandably, from their perspective as learners), is on diagnosis of the physical ailment. Once this is achieved, the rest seems easy to them: the doctor tells the patient what to do; and the patient, who naturally wants to recover, does it (9). One study noted that, in actual encounters with patients with diabetes, the most frequently reported challenge to student worldviews was how to achieve patient compliance (10). It does not require a great leap to expect that these students will likely become patronizing, directive, yet also despondent and frustrated physicians.

Poetry to the rescue?

While it is obviously crucial to help students rethink their assumptions about and gain insight into the relational foundation of medicine and the complex nature of communication, especially around the issue of compliance, the methods for doing so remain unsettled. By definition, RCC and CRPR are intricate, multifaceted constructs at variance with more simplistic mechanistic models of doctor-patient interaction, and this suggests that the ways of developing conversations addressing them must be versatile as well. Under these conditions, literature and poetry may well have a role to play in helping students develop more critical, self-aware thinking about relationship in general, and in particular about the process through which patients and physicians achieve concordance regarding drug and lifestyle regimens. To illustrate this point, I would like to consider John Wright’s wonderful poem “Walking the Dog,” (11) and how it clarifies and concretizes aspects of both RCC and CRPR, as well as complexifies students’ thinking about patient compliance.

In “Walking the Dog,” a doctor looks at an old problem – an overweight patient with diabetes – in a new way. The doctor is frustrated – obesity and high blood sugars are killing his patient. He turns the problem over and over in his mind. What can he do? At last he has an epiphany – he will give his patient a little dog that she can walk, thereby providing her with much-needed exercise, that will in turn lower her weight and her sugars, and prolong her life. And, like the conscientious physician he is, he prescribes the puppy in a precise dosage: the animal must be walked twice a day!

At this point in the poem, the author (himself a physician) has already caught our attention. Prescribing a pet! This unusual approach helps students think outside the box in terms of innovative therapies. It also is an excellent illustration of the CRPR principle that patterns of meaning and relating are continuously created, and that while they may exhibit stability, sometimes new patterns arise spontaneously (novelty). At this point the students think they “get the message”: treatment can involve something more than medication. Be bold, be daring! They can “tell” their patients to take a walk! They admire the physician for being so creative. But the author provides an additional twist (yet more novelty). To their chagrin, the students discover that the treatment doesn’t work, at least not in the way the doctor thought it would. As it turns out, while the patient is delighted with her little puppy and cuddles it affectionately, it is her “lean” husband who “faithfully” complies with the prescription of twice-a-day dog walking. Twelve years later, happy but presumably still obese and still diabetic, the patient dies.

The narrative arc of the poem is so unexpected that it inevitably provokes a chuckle. Nonetheless, it is troubling to students on several counts. First it turns the concept of compliance on its head by showing that, in the poem, the compliance achieved is perfect but meaningless because the wrong person is doing it. This nonsensical take suggests that compliance is only one aspect of the encounter between patient and doctor and should not always be regarded as the only measure of success. Both the narrator (and we, the readers) have to grapple with the fact that patients don’t always do what doctors tell them to do. In CRPR terms, students learn that doctors do not have omnipotent control over their patients. In discussing why the patient may have been unable to or uninterested in walking her puppy, students realize that following “what the doctor says” is influenced by many factors; and that while the physician’s power may be rooted in expertise, in this case the patient has her own power, and exercises it by choosing a relationship with the puppy that is very different than the one the doctor envisioned, but one that nevertheless brings her joy.

In one final twist, the poem’s artistry offers an additional puzzle. Somehow, despite the physician’s initial frustration, despite the failed prescription, despite the ultimate demise of the patient, this is a gentle, bemused, and humble poem that effectively conveys the value of the doctor’s caring and concern for his patient. From an RCC perspective, the poem shows us a doctor, patient, (and spouse) who are not simply roles, but people with emotions, idiosyncracies, frustrations, and affections. The narrator, for example, is well aware of both his own emotions, and those of his patient, and he is not afraid to introduce novelty to attempt to create new patterns in the situation.

Perhaps one of the most important lines occurs early in the poem, when the doctor realizes that his patient’s health is deteriorating and that, so far, he hasn’t been able to save her. At this point the narrator says, “So/I thought.” This line illustrates the self and situational awareness that CRPR and RCC both advocate. By reflecting on his own and his patient’s limitations, and the exasperation he feels at these constraints, the physician is able to develop empathy. Unwilling to give up or emotionally abandon his patient, he also resists giving in to his own annoyance and helplessness. Instead he keeps trying. In CRPR terms, the physician approaches his patient’s “noncompliance” with curiosity, compassion, and more than a modicum of humor, rather than fear and defensiveness. Rather than burden himself with self-blame and guilt (the consequences of unrealistic control aspirations), he simply remains open to the possibility of change. And apparently he remains open for twelve years. Did he achieve better A1C numbers in his patient? Did he extend the patient’s life? The poem is silent on these questions. But most students feel that doctor and patient shared a precious partnership, and that the physician’s position in relation to the patient was fundamentally a moral one.

Prose and poetry have an important contribution to make in helping medical students engage with the abstractions of conceptual theories such as RCC and CRPR even as they wrestle with the challenges of issues such as adherence/compliance. Of course, the relational and communicative questions raised by RCC and CRPR play out daily between doctors, medical students, and patients, and obviously such encounters provide fertile soil for examination. Physician educators (12) have crucially advocated, and rightly so, for real-time, moment-by-moment awareness of actual clinical process. But just as Dr. Wright found value in retrospective reflection about himself and his patient, so too can students benefit from teaching experiences in which the priority is stimulating critical awareness, as well as the multi-tasking reflection that is required at the bedside. Through humanities teaching such as I have described above, the ways of perceiving and being that RCC and CRPR encourage become increasingly accessible and meaningful to students, and help create and sustain “attitudes of readiness” that, in turn, will seamlessly interface with and support their “real” lives as burgeoning physicians.