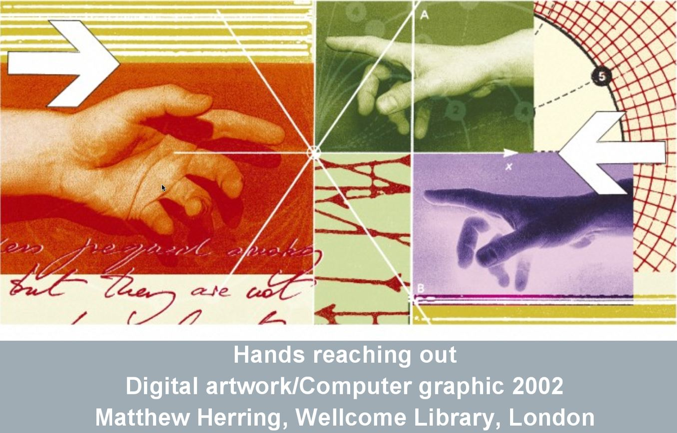 Now that I’m semi-retired, an elective course that I developed and taught for fourth-year medical students is retiring with me. I’m writing about it here, in the hope that other medical humanities educators might wish to adapt it for their teaching — it was very well received by participating students and, I think, served a useful function. (I believe Linda Raphael has introduced a version at George Washington University School of Medicine). I taught “Betwixt and Between: Borderlands and Medicine,” for seven consecutive years at NYU School of Medicine, modifying it somewhat each year. The idea of adapting a borderlands theme to an examination of the medical profession came to me while studying the work of Edward Said and Gloria Anzaldua as I was working toward a master’s degree in humanities and social thought (35 years after getting a Ph.D. in medical science). Below I summarize my motivation for developing the four-week course and elaborate on the syllabus. References annotated in the Literature, Arts, and Medicine Database are linked. Full reading references are listed alphabetically.

In his groundbreaking book, Orientalism, Said argues that European discourse constructed a stereotyped Arab identity–the Arab as Other–that was ideologically biased, “regularized,” hegemonic, and that enabled the Western imperial project.  Said noted that boundaries are to a great extent arbitrary. Later, Said wrote more generically of stereotyping and subordinating representational practices that must be resisted; he recommended that we should think critically by positioning ourselves “contrapuntally” — from dual perspectives – imagining ourselves as geographic boundary crossers or exiles. Said noted that boundaries are to a great extent arbitrary. It struck me that these themes applied to certain aspects of the institution of medicine and patient-physician interaction, and Bradley Lewis and I co-authored a paper that discussed these analogies (Medical Intellectuals: Resisting Medical Orientalism. Journal of Medical Humanities, Vol. 25, No. 2 / June, 2004, pp. 87-108). We argued that like Orientalism, medical discourse is the cumulative effect of selecting and reconstructing “the patient” and “disease” through the lens of the medical expert. Like Orientalism, medical discourse essentializes and reduces the patient, making empathic communication between physicians and patients difficult. We described how, in contrast to “medical orientalism,” several physician writers cross personal and professional boundaries and think contrapuntally in their writing and interaction with patients.

I hoped that a contrapuntal approach to considerations of medical practice and the representation of individuals as “patients” might stimulate medical students to think “outside the box” about the institution of medicine, their future professional roles and interactions. Gloria Anzaldua’s provocative book, Borderlands/La Frontera, provided an additional perspective on borderlands that intrigued me in its applicability to medical education and practice, namely, that borders are often areas of dispute, ambiguity, cultural mixing, and even danger. Students could consider borderland areas of ambiguity in medical practices and training– an exposure that is often missing in their education. Fourth year medical students, being on the border of official designation as doctors, and having a perspective on their medical school experiences, seemed particularly suited to such an approach.

Features of the elective:

Week 1 topics:
How does the transition from student to professional (professionalization) occur: objectification of the body, responsibility vs. inexperience, instruction in “professionalism” vs. the hidden curriculum

Interaction between professional and personal life

Session 1. Introductory session uses poetry and art to introduce topics of cultural ambiguity (“Day of the Refugios” by Alberto Rios, “Original Sin” by Sandra Cisneros), borders between physician and patient (“Talking to the Family” by John Stone, “Open You Up” by Richard Berlin) distancing of the sick from their own health (“Across the Border” by Karen Fiser), isolation (Edvard Munch’s paintings Death in the Sickroom, The Dead Mother).

Arbitrariness of borders, the Other: one-page excerpt from Edward Said’s Orientalism.

Session 2. Objectification of the body as students become acculturated while learning gross anatomy through dissection. Anatomy of Anatomy in Images and Words by photojournalist Meryl Levin traces this process with photographs and student journal entries. Secret knowledge not previously available to the lay public. But now this knowledge is public: Gunther von Hagens’s Body Worlds exhibit.

Historical perspectives on objectifying and learning from the body:

the living body–Eakins’s paintings, The Gross Clinic and The Agnew Clinic

development of technology (“Technology and Disease: The Stethoscope and Physical Diagnosis” by Jacalyn Duffin)

Patient’s perspective of objectification and loss of personhood: poem, “The Coliseum” by Jim Ferris

Difficult transition and ambiguous boundaries when medical student officially becomes an MD. Playing the role, assuming the role. Short story by Mikhail Bulgakov, “The Steel Windpipe”and Perri Klass’s introduction to Baby Doctor and essay from Baby Doctor, “Flip-flops.” Klass’s essays include reflections on the interaction of personal and professional life and lead into Session 3.

Session 3. Physician perspectives on the overlap and conflict of personal and professional life; subjectivity, objectivity

Session 1. Discussion of The Tennis Partner by physician-author Abraham Verghese. A memoir of the author’s personal relationship with a medical student whom he is teaching. It is also a reflection on cultural marginalization and physician vulnerability.

Rita Charon. “The Patient, the Body, and the Self”, chapter 5 in Narrative Medicine.
Jodi Halpern. “A Model of Clinical Empathy as Emotional Reasoning” (pp.85-94) and
“Cultivating Empathy in Medical Practice” (129-138) in From Detached Concern to Empathy.

Empathy versus sympathy: poem, “Save the Word”. Thom Gunn

Memoir excerpt, “The Patient Examines the Doctor”. Anatole Broyard. Broyard’s brilliant commentary argues for emotional engagement, however brief, as beneficial to both doctor and patient — written before the current discourse on narrative and empathy.

Story, “People Like That Are the Only People Here: Cannonical Babbling in Peed Onk.” Lorrie Moore. Highlights the divide between medical policies and practices, and suffering patients and their families.

Essay, “Search for wholeness: the adventures of a doctor-patient.” Tamara Dale Ball. Dual perspectives from a medical student who has diabetes.

“How Culture and Science Make Race ‘Genetic’: Motives and Strategies for Discrete Categorization of the Continuous and Heterogeneous” Celeste Condit.

Meaning and discussion of “neurodiversity.”
Introduction to Songs of the Guerrilla Nation: My Journey through Autism, memoir by Dawn Prince- Hughes

Session 1: Exile and illness
Said, Edward W. “Reflections on Exile.” Said’s classic essay on characteristics of exile and what can be learned from the exile condition.

Robert Pope. Illness and Healing: Images of Cancer. Artist Robert Pope chronicles the experience of cancer treatment, based on his own treatment for Hodgkin’s disease.

Poem, “Surgical Ward” by W. H. Auden. Inability of those who are well to imagine and identify with those who are ill or injured.
Poem, “Emigration” by Tony Hoagland. Illness as loss of country, a journey with no end in sight.

Online Frida Kahlo art that depicts her dual selves; her loneliness, isolation, stoicism, and resistance:
Self Portrait Between the Borderline of Mexico and the United States
Henry Ford Hospital
The Broken Column
Tree of Hope
Frida and the Miscarriage
Essay, “On Being a Cripple”. Nancy Mairs. Incisive well-written essay about language, perception, attitudes surrounding disability–based on her early years with multiple sclerosis.

Essay, “Liv Ullman in Spring”. Andre Dubus. Severely and permanently disabled in an automobile accident, Dubus gives a detailed and poetic account of his fears, loneliness, and the human connection provided by an empathetic listener.

Session 2. Marginalization
Story, “From the Journal of a Leper”. John Updike. A sculptor who has psoriasis is obsessed with his physical appearance. As his condition responds to treatment, his art and relationships deteriorate.

Essay by Rafael Campo. “It Rhymes with ‘Answer’ “. Campo details how social and cultural marginalization became imprinted on his physical self.

Memoir by Jimmy Santiago Baca. Prologue, and chapter 8 from A Place to Stand: The Making of a Poet. Baca chronicles his alienation and despair, conditioned by a family history of social and racial marginalization, and how in prison he eventually was able to develop a sense of self-worth through self-education, cultural pride, and writing poetry.

Poem, “How to Write the Great American Indian Novel”. Sherman Alexie. A clever satiric poem about how whites co-opted Indian culture, resulting in the metaphoric and actual disappearance of a people.

Susan Power. Short story, “First Fruits.” Using actual history of the first Indian who was educated at Harvard University, this imaginative story by an author of American Indian heritage brings American Indian culture and contemporary American majority culture into harmony and preserves the cultural identity of the Indian protagonist.

I’ve used several films over the years, most recently, The Station Agent.