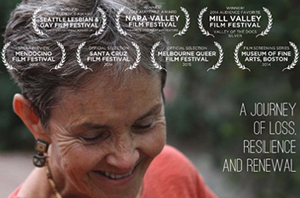 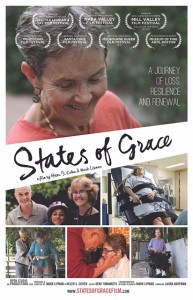 Before the accident, Dr. Grace Dammann was a caregiver through and through, in every aspect of her life. A pioneering AIDS specialist, she co-founded one of the first HIV/AIDS clinics for socioeconomically disadvantaged patients in San Francisco at Laguna Honda Hospital. She was honored by the Dalai Lama with an Unsung Heroes of Compassion Award for her service and devotion to this population. Grace was also the primary breadwinner and parent in her family with partner Nancy “Fu” Schroeder and adopted daughter Sabrina, who was born with cerebral palsy and HIV. She lived and worked in such close proximity to illness, death, and disability, but nothing could have prepared her for the devastating injuries she sustained when a driver veered across the divide on the Golden Gate Bridge, crashing head on into her car.

Grace spent seven weeks in a coma, hovering on the precipice between life and death, like so many of her own patients. Ultimately, she awoke with her cognitive abilities miraculously intact, but her body was irreversibly impaired, leaving her wheelchair-bound and dependent on others for simple daily tasks. States of Grace, a documentary film about her profound transformation, picks up Grace’s story when she is discharged following a thirteen-month stay in rehabilitative hospitals. Members of NYU Langone Medical Center, including medical and nursing students as well as faculty and staff across all disciplines, were invited to attend a screening of the film and talkback with Dr. Grace Dammann and the filmmakers, Mark Lipman and Helen S. Cohen of Open Studio Productions.

States of Grace captures the expansive and rippling effects of the accident, how it left every corner of Grace’s life radically altered–personal, professional, psychological, spiritual, and economic. The family dynamic is turned on its head. Fu becomes the primary caregiver to both Grace and Sabrina, and as Grace says, “Sabrina’s position in the family was radically upgraded by the accident. She is so much more able-bodied than I am.” Fu struggles with the enormity of the role she has signed up for. Grace wrestles with her gratitude for having survived and the frustrations of her new life: “I feel like I’ve lost a best friend–my body . . . When I first woke up, I was just glad to be alive, plain and simple. Now I’m just annoyed–annoyed at the limitations. I’m bored.” In one scene we see Grace argue with Fu about her right to die if she continues to be so impaired.

Grace grieves for her old life, for how effortless things were. We watch as her fierce resilience pulls her through to acceptance. She credits her Zen Buddhist practice for her ability to keep moving forward: “Nothing lasts forever, even great pain and sorrow.” Though some of her ultimate goals–to walk again, to dance again, to surf again–remain unattainable at the film’s conclusion, Grace sets, meets, and exceeds new ones. Acknowledging that she only felt completely whole when practicing medicine, she “comes out” as a disabled person to the medical community, returning to Laguna Honda Hospital as its first wheelchair-bound physician, where she is appointed Medical Director of the Pain Clinic. She resumes the caregiver role, but with an intimate knowledge of the lived experience of pain, suffering, and disability. In the talkback Grace remarked, “Once you disrupt the integrity of the body, you’re disrupting the integrity of the psyche, and I don’t think any of us think about that. I certainly didn’t as a physician. I hate to admit how many times I discharged people without even getting them up to see that they could walk.” She also brings her Buddhist training to the clinic, where she promotes wellness among the staff and patients by teaching meditation.

As the talkback ended, attendees lingered, eager to chat with the filmmakers and shake hands with Grace, awestruck by her story of triumph, adaptability, service, and the lessons learned on both sides of the doctor-patient divide.

Sabrina will graduate this May with her Bachelor’s degree. Grace partnered with the driver who hit her to advocate for a median barrier on the Golden Gate Bridge to prevent similar accidents from happening in the future. The barrier was installed in January 2015.

This screening was co-sponsored by the Master Scholars Program in Humanistic Medicine, the Office of Medical Education, and the Department of Physical Medicine and Rehabilitation. Special thanks to Drs. Pamela Rosenthal and Marianne Sommerville for bringing the film to NYULMC. For more information on States of Grace and to arrange a screening, go to: www.statesofgracefilm.com