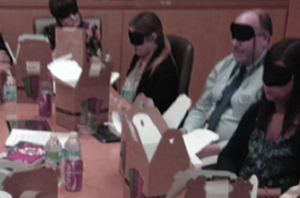 When an AP reporter called to tell Erika Goldman, publisher of the Bellevue Literary Press, that its novel, Tinkers, by Paul Harding, won the 2010 Pulitzer Prize for fiction, “it was akin to receiving a blow to the head,” she said. “It was concussive.” For the first time since 1981, a book published by a small press won the award.

Ms. Goldman told this story to the members of the Patient Experience Book Club at NYU Langone Medical Center, a group that includes physicians, nurses, administrators, analysts and social workers among others. On a recent Friday afternoon, the group met to discuss Tinkers.

Tinkers recounts the last days of George Crosby. Lying in a hospital bed in the middle of his living room, surrounded by the members of his extended family, George’s thoughts drift between the scene around him and memories of his boyhood. His father, Howard, a peddler of home goods in rural Maine, had epilepsy. Faced with the possibility that he would be committed to a psychiatric hospital Howard Crosby abandons the family leaving George, his mother and siblings to fend for themselves.

Time is a thematic thread running through the novel (George repairs clocks) as the narrative flows between memories of his childhood and his adult life. Harding describes his book as unlineated poetry. Its rich, descriptive language requires readers to settle into the prose, avoid distractions, and allow themselves the space to fully experience the story.

After a brief introduction by Ms. Goldman about how the Pulitzer Prize process works, the group turned to a discussion of the text. Their interpretations were filtered through their individual experiences working with patients and families. A social worker compared some “not so great” deaths she has witnessed to George’s death at home with his family. A neurology administrator pointed out that the stigma attached to epilepsy remains a problem for some of the patients she encounters. Tinkers draws attention to the silence surrounding illness, another commented. 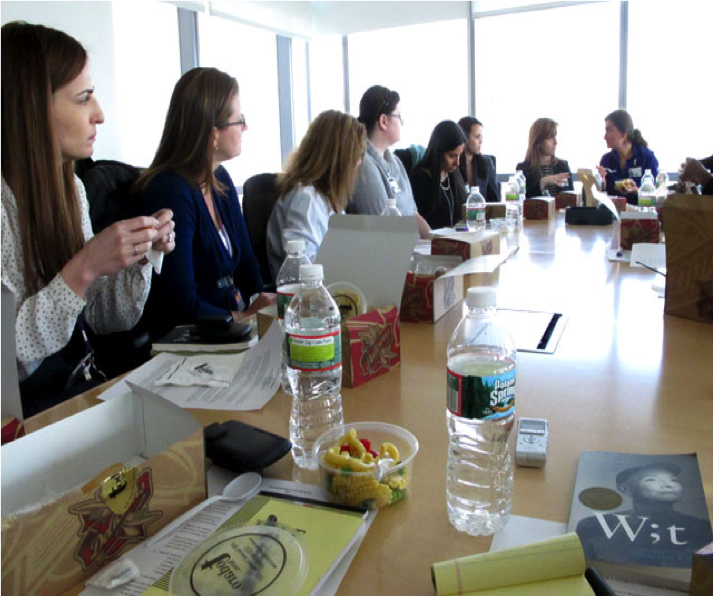 The Patient Experience Book Club was started by Dr. Katherine Hochman in 2012. She came up with the idea after attending a conference on patient experience that was organized by the Institute for Healthcare Improvement in Boston: “What I took away from that was in order to have an engaged patient, we need to have an engaged staff.” She decided to hold meetings every two months to discuss books that related, even tangentially, to patient care. A small grant funds box lunches and copies of the selections. The books are made available in advance of the meeting. Sessions typically draw from 10-30 people from all areas of the medical center. For many, it’s a chance to meet co-workers who they do not interact with in their normal daily routines.

Locksley Dyce, a hospital administrator, loves to read and is a regular attendee: “It affords me the opportunity to meet in a multi-disciplinary group and exchange thoughts with healthcare professionals whom I probably would not meet otherwise.”

The Club invites a faculty or staff member with expertise in a particular area to lead the sessions. Dr. Joseph Lowy from the palliative care service led the discussion of Being Mortal by Atul Gawande. David Oshinsky discussed his book Polio. And during the Ebola scare, the novel Blindness prompted a discussion of what it would be like for a whole society to be affected by an illness. During that session, Hochman and the group wore blindfolds to experience blindness for themselves. 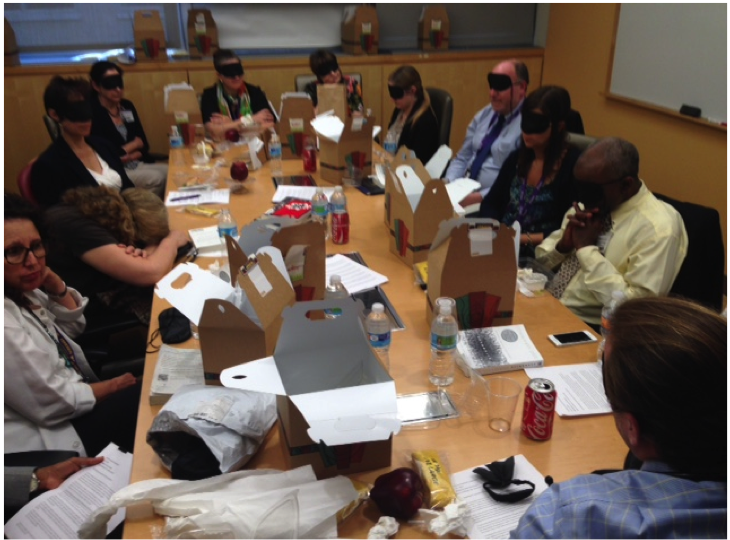 Mr. Dyce finds the sessions particularly thought-provoking. “We try to apply the material from the book to healthcare – especially patient care – and the individual roles that we play in it,” he said.

As the session on Tinkers drew to a close, and the members prepared to go back to work, ordering tests, analyzing metrics and attending to their patients, they reflect on the issues brought up in the meeting and acknowledge the importance of taking time to connect with their patients.

The group meets next in April to discuss When Breath Becomes Air by Paul Kalanithi.