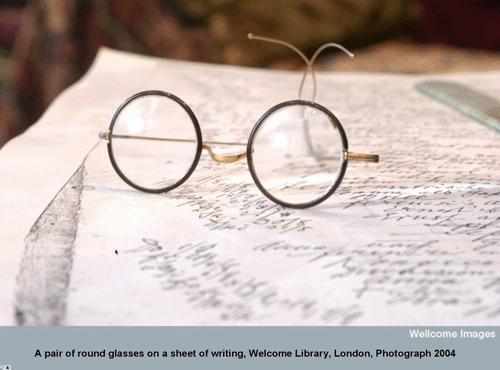 Commentary by Perri Klass, M.D., Professor of Pediatrics and Professor of Journalism at New York University, and Medical Director of the national literacy program, Reach Out and Read

Many many years ago, I think back when I was doing my residency, someone asked me to talk about the connections—or the differences—or maybe the balance between writing and medicine. I was neckdeep in medicine, of course (or maybe it would be a truer metaphor to say that I was often out of my depth), and I was trying to write both fiction and nonfiction, as I could, along the way. I was therefore a de facto expert in what writing and medicine did or did not have in common, but as is so often the case with de facto expertise, it was a long way from anything I had actually thought through, let alone tried to articulate.

But though it may not be quite as effective as the knowledge that one is about to be hanged, the need to prepare a lecture does concentrate the mind, and so I eventually sat down to make some notes to myself about writing and medicine. Since much of my non-fiction writing at the time (and still) was drawn pretty directly from my clinical experiences, I put that to one side, and instead found myself thinking specifically about the ways in which writing fiction brought experiences and intellectual sensations and challenges into my life. And I came up with three ways in which I decided to argue that writing fiction balanced out residency. And now, a couple of decades later, I still find myself reaching for those ideas, whenever it comes time to discuss writing and medicine, two subjects still much on my mind, and much in my life. And I have to admit, I find myself wondering whether I reach for them because they happened to be the three points I invented for myself under pressure, when I had a lecture to give, or whether they were the three points I invented in the first place because they so resonated with the different parts of my life—and my brain.

Putting It Into Words

First of all, I said, in medicine, words mattered for the information they conveyed. If you could get the information across, if you could identify the correct term, you were using words appropriately (and “appropriate” is still one of those words that I never use without feeling I am taking refuge in a mildly unpleasant piece of pseudo-medical jargon). You don’t have the luxury of using words for the sake of beauty or harmony or impact as part of daily clinical medicine; you wouldn’t choose to spend twice as much time (or space) discussing a clinical situation, just because you had thought of an interesting and novel way to use language, or a less-than-straightforward structure in which to tell your story. On the other hand, there is no limit in fiction save the boundaries of your own genius (or lack thereof); the way you use your words is all. Go ahead and tell the story backwards, or inside out, go ahead and let the real story unfold by implication, make it as simple or as complex as you like, make your sentences deliberately brusque or stunningly lyrical; make your story structure as direct or as oblique as you like. The only limitation is your talent, the only measure is your success. Using the language in a bold new way may turn out to be a wonderful idea—or a disaster—but the choice is yours.

Second, I said, medicine was a culture of availability, of turning yourself outwards and listening for various kinds of calls and cries. Clinical practice—and most especially residency—was about being on-call, being on the spot, being findable and reachable and moving fast when someone needed you. I invoked the beeper, of course. I described the “fishbowl” on the pediatric ward where I trained, the many-windowed room where residents sat to write up charts, easily and deliberately visible to every passer-by. Writing fiction, on the other hand, means shutting yourself alone in a room, looking deeply into what is there in your own mind, your own imagination, your own experience. Instead of listening for beepers going off and questions to be answered and cries of distress, you turn your attention to characters and stories that no one else can see or hear, until you have made them real.

And finally (and this was my socko finish), when you write fiction, you get to choose the ending. You get to decide who lives and who dies, who has what we would call (in the language where “inappropriate” means anything from wrong to crazy to rude) a good outcome, and who has a bad outcome. And the single harshest lesson of medical training, after all, is that while of course you do your very best, you don’t actually get to determine the outcome and choose the ending.

Well, a couple of decades later, I still write fiction. And I still value it for what it adds to my life, for the ways it pushes my brain out of intellectual routines and into unfamiliar pathways. But even as I occasionally go on citing my three distinctions, I’ve come to believe that they are oversimplifications which shortchange both the complexities of practicing medicine and the challenges of writing fiction.

Take language. It’s true enough that language carries a different value in fiction, where there is always the possibility of finding language which transports or shatters, shocks or overwhelms. And after all, if you were a writer of genius, you would find that language—writers of genius somehow manage to do just that. But language in clinical practice is much more than the efficient coding of patient histories into the formula of case presentation and progress note. Language in clinical medicine is also the currency of communication and explanation, and it encompasses tragedy and confusion, resilience and generosity. I think about the many ways over the years that I have tried to find words to convey unwelcome information, and the many ways that parents have found to evoke their lives and their emotions and their questions. Sometimes there have been questions and comments that stayed with me for their poignancy or their beauty or their unexpectedness, like the teenager who asked me, “What do you do when your body really wants to do something and your brain isn’t sure?” I have come to realize that the language of the exam room is the language of people narrating their lives, making up their own stories, or finding ways to articulate and examine the stories in which they find themselves—and that the language there, as much as in anything a writer sits down to write, cannot be separated from the story.

Or consider availability, collaboration, inward-ness and outward-ness, whatever you want to call it. I think I always knew this was a somewhat false distinction; I would never write fiction if I did not spend time out in the world, mixed up with other people and their lives. It’s true that sometimes writing can serve as a retreat, an interval of consideration and examination, even meditation—but I’ve never been a writer able to write out of the rich and glorious furnishings of my creative imagination. The inside of my head is hung with the scavenged scraps and the mismatched patches of my daily life, and what I do when I “turn inwards” in that rather affected phrase of mine is take the time to look more carefully at what I’ve carried home.

And finally, there’s that issue about choosing the ending. Every writer who has struggled with fiction knows that isn’t necessarily true. Characters don’t do what you tell them to, or you find yourself disliking someone you had created and expected to find wholly admirable, or you watch in shock as two of your characters inexorably move into a doomed and destructive relationship. I mean, probably if you write certain kinds of formula stories, your characters do as they’re told; if it’s a romance novel, and the talented, spirited, but cynical and defensive heroine (oh, and beautiful, did I mention beautiful?) takes a job as sous-chef to a demanding, brilliant, but severe and critical chef (oh, and he’s amazingly handsome, did I mention amazingly handsome?), and they dislike one another on sight…..well, probably they will behave themselves and fall passionately in love among the saucepans by page 120. And that’s fair enough. But characters have a disconcerting way of speaking up for themselves (“The hell with the chef; I think I’m falling for that punked-out waitress with all the piercings!”). I have several times had the experience of coming to like and understand my villains much better than I had ever meant to do, or even worse, watching my heroes and heroines evolve at least a little in the direction of villainy, as it turned out their motives were less pure than I had planned, their standards of behavior a little less lofty.

So yes, when you write fiction you get to choose the ending. But it isn’t always the ending you thought you were choosing, or the ending you wanted. In the writing of fiction, as in the practice of clinical medicine, you can learn a lot by listening carefully and watching closely. And I’m not sure there’s really a good or useful distinction between the language of daily life and the more writerly language of literature; stories cannot be dissected out from the words used to tell them. And every story, as it is formulated into words, carries the potential to shake you up or shock you or move you in a variety of directions. It’s about listening carefully to the characters, and valuing words in many different ways, it’s about figuring out the ending, whether or not it’s the one that you were hoping for (or that the characters were hoping for), and perhaps it’s also about understanding, as a doctor or as a novelist, how your own limitations—like your own abilities—are part of the language and the story and the outcome.