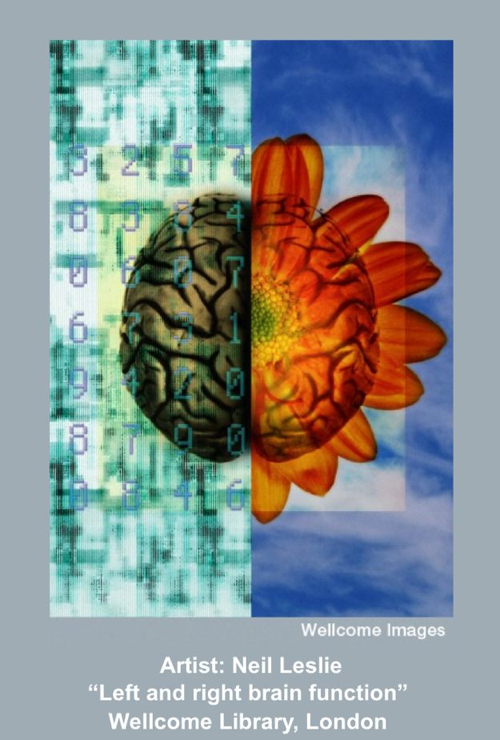 Medical uncertainty is all around us

In medicine we are quite often confronted with ‘not knowing,’ with ‘choices,’  with ‘multifactorial etiologies,’ and ‘inconclusiveness,’ to name just a few of the states to which  we can apply the term ‘medical uncertainty.’  Although nothing new, the idea of medical uncertainty might recently have become more fashionable as clinicians have begun to ponder the limits of evidence-based medicine. As appealing as it is to have incontrovertible scientific backing for our actions in treating our patients, we often simply don’t know what to do.

A search in Pub Med using the term medical uncertainty yields several thousand articles. Of those that might be relevant to this essay, the articles range from philosophical speculations to the calibration of laboratory standards. There are articles about prognosis, about patient ambivalence, about the interpretation of guidelines and the changing scientific base of clinical practice. In other words, medical uncertainty is pervasive, perhaps astonishingly so, considering that most of us who practice medicine proceed confidently in our daily decisions and interactions. I recently asked a colleague who sees patients on a regular basis whether she ever feels uncertain as a clinician. “Sure,” she said-confidently, I might add-“But a lot less nowadays than I used to.”

I would submit that in daily medical practice, there is a constant measure of low-level uncertainty. This uncertainty can increase when the stakes are higher-a patient is seriously ill-or when the psychological and social context of the situation potentiates the uncertainty. In such cases, clinicians will usually seek validation or consensus from colleagues, or even from formal organizations such as ethics committees.

None of this, though, addresses the question of what, if anything, we can learn from medical uncertainty, or whether, God help us, there is any value to it. On the surface, we live by the contrary: we assume that medical uncertainty is an obstacle that prevents us from providing the best medical care. If the US Preventive Services Task Force states that evidence is ‘insufficient,’ for example, in determining whether to do prostate cancer screening or not, this leave the practitioner with ‘no answer,’ a situation that can be personally frustrating and legally dangerous.

But one thing I have noticed is that as long as medicine is a job, there is a tendency to focus on doing, whereas when medicine is a calling, the focus also incorporates being. So while medical uncertainty gets in the way of doing, I would argue that it actually has some utility in fostering that aspect of medicine that involves being. The reason for this, as I shall explain, is that uncertainty in medicine allows for a philosophical reframing of clinical intervention when conventional ‘doing’ has little to offer. But in order to understand what exactly medical uncertainty has to offer us, we must first acknowledge that some sorts of persons have a higher tolerance for uncertainty than others.

One of my favorite poems is David Gewanter’s “My father’s autopsy,” because it captures so much of what, in medicine, is science, and what of it is art. The father of the poem’s title is a pathologist. When his son turns 13, the father decides that he is of an age to accompany his father to the morgue to witness an autopsy. It’s an initiation rite that invokes Jewish tradition, associating the thirteenth birthday with the advent of manhood and, by extrapolation, with the knowledge of death. But father and son have wholly different views of the world. The father sees a corpse; the son wonders about her sexuality. The father saws open the body; the son sees a jumble of metaphors. The father pulls out a pebble from the dead body, presumably the cause of death and, satisfied with the explanation it offers, replaces it. The son, though, is horrified at the disturbance of the body’s integrity. He wishes she had never said ‘ahh for a doctor.’ He implies that you cannot put back a pebble as though nothing had changed.

In short, the father delights in the objective findings of the dissection, in capturing the anatomical cause of death. The son in turn thinks only of subjectivity-his own, his father’s, and the dead woman’s. He is not interested in reducing the death to a cause. He is interested in the complexity of the subject and indeed, turns his attention to his father, with whom he has a complicated relationship. His ‘autopsy’ of his father yields anything but a pebble. It yields an opaque human being, as ‘inward as a microscope’. The father remains elusive to the son’s tools of dissection.

What we have in this poem are essentially two types of people. The father devotes himself to clarity and objectivity. He hates mess. The son revels in uncertainty and ambiguity. The wholeness, impenetrability and multiplicity of the body are the stuff of poetry. What does this say about medical uncertainty? It suggests that much of medical uncertainty has to do with the practitioner him- or herself.  There are those who lose themselves in the objective findings and require concrete and coherent answers. Then there are others for whom the essence of inquiry relates to the dense, opaque and mysterious qualities of subjectivity. These are two realities, and I believe that physicians align themselves with one or the other, with the one important difference that unlike the poet narrating the poem, the metaphorically inclined doctor cannot discount objective reality.  But objective action and findings for the ‘poetic’ physician are not what he or she finds most compelling in medicine.

A story, “The Save,” recently published in Pulse, Voices from the Heart of Medicine tells this story. The surgeons devote themselves to reattaching a limb that the patient has deliberately sawed off. They ignore the psychiatric disorder that led to this self-mutilation and then are shocked when the patient tears off the repaired limb after surgery. The narrator, on the other hand, decides at that moment that he is more suited to become a physician of the ‘whole’ person than a surgeon. It is perhaps telling that the narrator speaks of the ‘whole’ person in the setting of this self-mutilating dismemberment. The ‘whole’ presumably refers to the many factors and influences that led to the patient’s inner torment, but also echoes Gewanter’s interpretation of ‘wholeness’ as something that is ultimately inaccessible, if not imponderable.

Wholeness, then, and uncertainty bear a degree of kinship, because the objectively focused physician can usually find some part of the whole that can be addressed with certainty, even when the problem of the ‘whole’ remains uncertain. As a simple example, a cancerous bowel can be surgically excised, but the impact on the patient and his prognosis remain uncertain. Thus, I think it is safe to say that some practitioners are at home with uncertainty, whereas other require definitive answers, and that these differences in temperament dictate choice of specialty.

This leads me to an important corollary insight: if some practitioners by temperament gravitate towards medical certainty, and others gravitate towards uncertainty, then patients whose problems have certain outcomes will best be served by the former and patients whose health is rooted in ambiguity will benefit from care by a holistically oriented practitioner. The latter patient, as I try to tell medical students, is by far the most common. I see their disappointed faces as they begin to suspect-but quickly dismiss-the probability that most of what doctors do is help patients navigate ambivalence, complexity and the unknowns of their illness. This state of affairs is not as dire as they imagine. These practitioners do not lose competence or confidence in the setting of uncertainty. Rather, they ride the uncertainty as a necessary part of care, even of life, and at times, experience their richest moments in pondering its mysteries. This brings me then, to the question of whether uncertainty is necessary, or even desirable.

That the speaker’s answer to this question in David Gewanter’s poem is in the affirmative is clear from the title.  “My father’s autopsy” revels in the ambiguity of meaning: is the father dissecting a corpse (in fact that is what the poem goes on to show) or is it the father who is undergoing the autopsy (it turns out that this, too, is true, albeit metaphorically). While in medicine we cannot do without the objective treatment or cure, the absence of the interpersonal layer often leaves the patient bereft of hope or meaning. The very essence of uncertainty is ‘both and.’ By acknowledging that uncertainty is an inevitable part of clinical care, the poetic, ‘both/and’ type of practitioner can reframe the patient’s priorities, moving the patient away from the need for certainty to an understanding of what, in the larger scheme of things, is important.

No poem expresses this reframing so well as Veneta Masson’s “Reference Range.” In this poem, the practitioner discusses lab results with a patient. Already early on, the significance of the lab results are called into question:

a straight line interrupted by a repeating pattern

of steeples and languid waves

The patient balks at the explanation. The patient wants to know what the lab results mean. Are they normal, he asks. Again the clinician responds by emphasizing the numerical uncertainties. This time, she goes on to reorient the patient. We can’t know what these numbers mean, exactly, she appears to explain. But maybe their exact meaning, in the context of this visit, or this illness, aren’t all that important. Maybe the focus should be on what really is important, a focus that eludes objective medical attention. Laced throughout the poem are hints at this sort of elusive focus: the color yellow, a squiggly line. The poet concludes by saying:

not as your due but the blessing it is