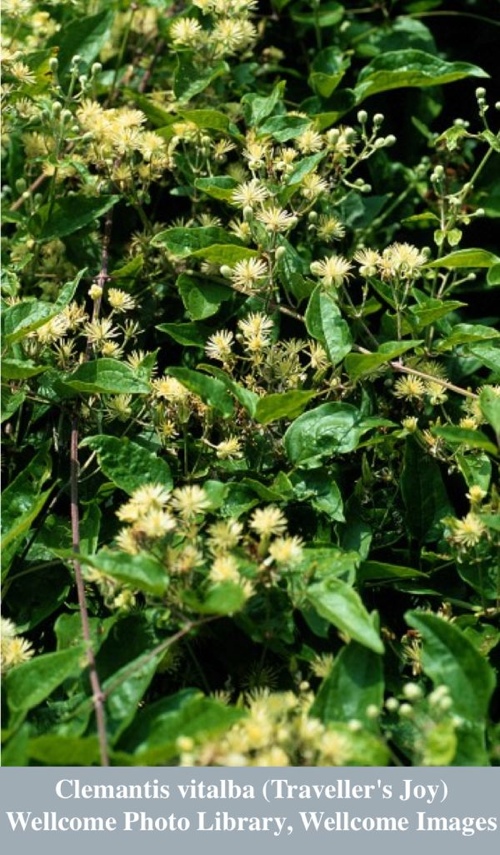 We are taking a break from our regular essay commentaries until September.  In the meantime, there will be occasional short postings, mostly by me (Felice Aull). This image of the plant, Traveller’s Joy, invokes this summer interlude — the pleasure of enjoying gardens, parks, nature (at least in the northern hemisphere) and of vacation traveling, but also the possibilities for intellectual travel, creative travel, and other explorations beyond familiar borders. Here are some thoughts to begin with.

We learned today that author, Frank McCourt, died on Sunday, July 19.  His memoir (creative nonfiction?), Angela’s Ashes, is one of the most compelling, absorbing, and entertaining books that I have ever read (and I read a lot). I was moved to annotate it for the Literature, Arts, and Medicine Database as soon as I finished reading it in 1996, and before it won The Pulitzer Prize and the National Book Critics Circle Award. In addition to being well-crafted and devastatingly sad, it was witty–a rare combination. But the book and its author pulled me into their orbit for additional reasons.

McCourt had taught for years at Stuyvesant High School, an intellectual rival of my own alma mater, the Bronx High School of Science, and located just a few blocks from where I live — until it moved to its present location near Battery Park City. Not only that, but somehow I found out that Frank McCourt LIVED a couple of blocks away from me, in a nondescript apartment building. I wanted to contact him to invite him to be a speaker in the Literature, Arts, and Medicine Speaker Series sponsored by NYU School of Medicine, where I taught and organized the series. He could speak, I thought, about deprivation and resilience, humor and illness, writing and the self, the human condition. Among the medical students and faculty he would be addressing were many who had graduated from Stuyvesant High School, and some who even remembered him as their teacher.

I don’t remember how–probably just by searching the phone book–but I found his telephone number. When I called, a pleasant woman answered the phone and said she would give him my message. I waited several weeks without hearing from him and phoned again. This time, there was an answering machine that gave out very little information. Apparently, the book had taken hold, publicity was churning out, and his life was no longer confined to East 18th St. His gain, and our loss. I never read the books he wrote after Angela’s Ashes — I didn’t want to spoil the pleasure that book had given me.